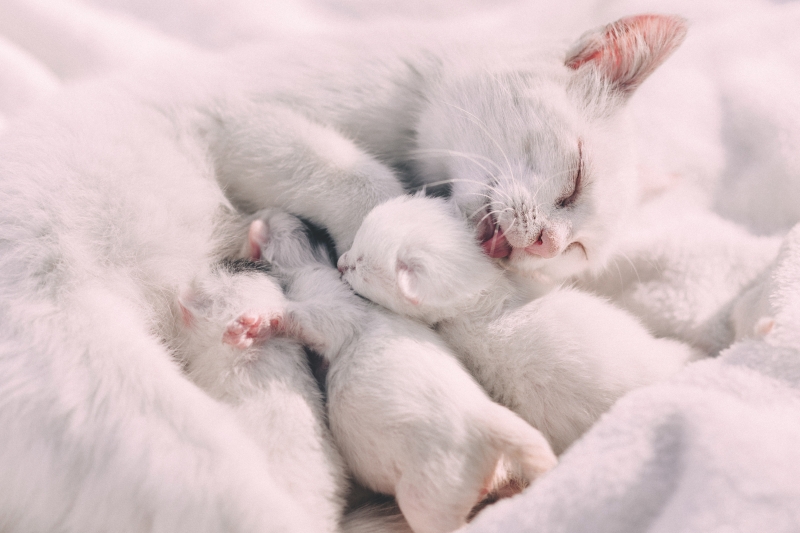 The problem of cat overpopulation is a global one and requires a solution on a global scale. But like every journey that begins with a single step, this particular journey must begin with every cat owner in every community, town and city in the country. Those conscientious owners who act responsibly by spaying and neutering their cherished family pets.

Spaying (ovariohysterectomy) is the surgical removal of a female cat’s ovaries and uterus, while neutering (castration) is the removal of a male cat’s testicles. To minimize discomfort and pain, both procedures are performed under general anesthesia. Most cats are back to their “normal” selves within a few days, the surgery site usually heals within two weeks, and any skin stitches removed by your vet at a follow up appointment.

Did you know that in seven years, an unspayed female and unneutered male cat (and their offspring, if none are spayed or neutered) can result in the births of a staggering 781,250 kittens?

Both intact male and female cats may try to escape their homes in order to roam outside. Neutering your male will eliminate roaming, urine spraying, and fighting with neighborhood cats. Spaying your female will eliminate the estrus or “heat” behavior of yowling that attracts and invites mounting by roaming males.

Despite some owners’ fears, spaying and neutering will not alter their cat’s basic personality – except many males will be less aggressive and more docile. Their playfulness, general activity levels, excitement, and vocalization will remain the same. Although neutered males and spayed females may gain weight due to decreased roaming and other sexual behavior outdoors, keeping them active indoors and managing their weight through diet will keep this potential problem under control.

Spaying and neutering cats before the age of six months is growing in popularity and the benefits to their health and well being are well documented. Spayed females are less likely to develop breast cancer and won’t be at risk for either ovarian or uterine cancer. Neutered males won’t develop testicular cancer, and without the need to roam, their risk of being injured or infected by other cats is drastically reduced. And males neutered prior to puberty (six months) won’t develop the large head and thick skin of intact males. Early spaying and neutering may also prevent problem behaviors before they occur and may either eliminate or reduce certain behaviors in older cats.

Imagine if every conscientious cat owner in every community, town and city in the country took responsibility for spaying and neutering their family pets. Imagine what we, as part of the global community, could accomplish then.

(Photo by freestocks.org from Pexels)