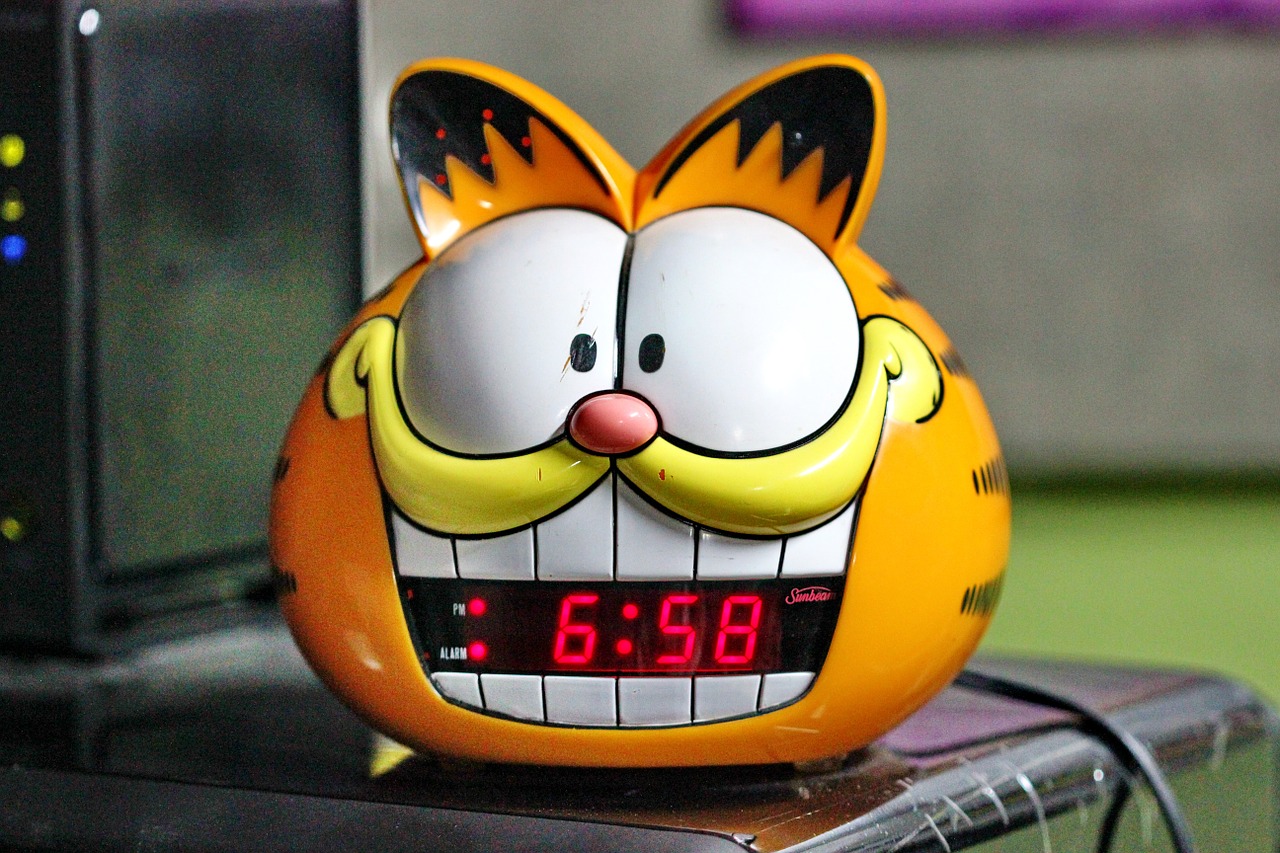 Few cat guardians need alarm clocks when their own favorite felines are fixated on the time. Especially early in the morning, when they crave everything from caresses to cat food.

Consider, then, the wonderfully wacky ways in which kitties capture and hold their human sleepyheads’ attention.

Oh-so-direct and ever-so-daring, these persistent pusses will stand on their humans’ chests and “make themselves as heavy as possible.” Precisely how remains a well kept kitty secret. To quite literally increase the pressure, they will meow incessantly until their humans awake.

Subtler than the Chest Meow, more patient and laid back lovelies will stretch out languidly along their humans’ chests and stare intently at them while they sleep. Imagine opening your eyes to find another pair of eyes fixed hypnotically on yours! Is that an “Uh-oh” or an “A-w-w-w”?

This supremely effective strategy has “doggedly” determined darlings pressing their furry faces against their sleeping humans’ faces, ears or necks, breathing warmly and brushing their whiskers back and forth across their humans’ skin. Some clever cats even add a wet nose tap or snuffle to speed up the process.

The simplest and most direct approach demands little more than a single pussycat paw and a slumbering person’s face. As productive as it is pleasurable (at least for the cats), bopping their humans’ noses may be especially satisfying if it elicits a smile from their suddenly wakened owners.

If, however, you’re someone who prefers to sleep — undisturbed — until your actual alarm sounds to wake you, the solution is simple. Gently, but firmly, close your bedroom door.