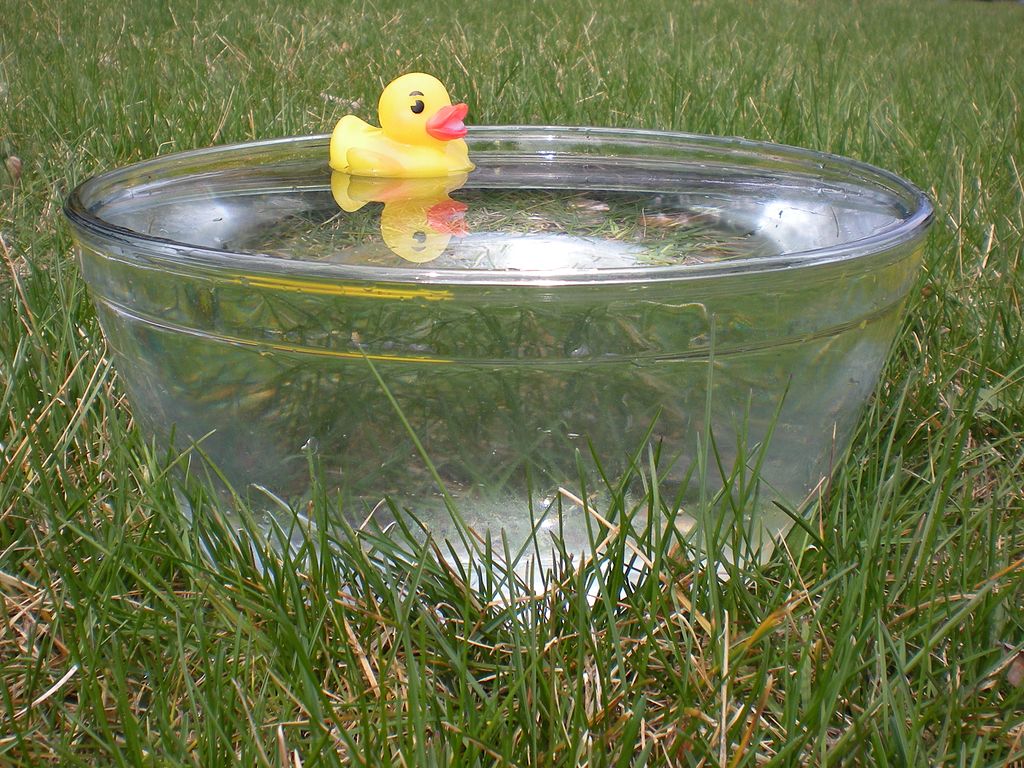 The short answer, despite several theories: no one really knows.

And yet, consider the following:

Safekeeping: The theory given the most credence by animal behaviorists involves a cat’s territorial instinct. They believe cats consider their food and water bowls to be safe places, known only to them. Depositing a prized possession – in this instance, a favorite toy — in one or other of their bowls is their way of keeping it safe. The rationale behind this paw-ticular theory? A domesticated cat’s wild relatives such as leopards, bobcats and wildcats have been known to store their food in a safe location known as a cache. Because indoor cats don’t have caches, their food and/or water bowls are the purr-fect substitutes in which to hide their own “bounty.”

Hunting: There are two theories, both based on the assumption that your cat associates her toys with food or prey. One theory posits that when a toy (everything from rubber mice and moppy balls to catnip squirrels and fuzzy turtles) is dropped into her water bowl, she’s equating this with hunting and may be attempting to drown her prey before devouring it. The second theory suggests that she’s trying to teach YOU to hunt, the way a mother cat teaches her kittens when she brings the prey she’s caught back to them. And because you’re a regular “visitor” to her water bowl, she’s left that toy there for you to find.

Playing: Many wild cats feel extremely comfortable in and around water and will often play in it. Similarly, some domesticated cats may drop their toys into their water bowls in order to fish them out — as their own form of playing.

Expediency: Some cats are seldom seen without a toy in their mouths, and they simply drop it into their food or water bowls because they can’t hold onto the toy and eat or drink at the same time.

Can you – or should you — stop your own cat from dropping her toys into her food or water bowl? Some behaviorists say “no”. Why? As peculiar as this particular habit may seem to you, it may, in fact, be instinctive in nature. If so, it may be impossible to try and stop her from doing what nature intended her to do.

Even if you did manage to stop her, any resourceful cat would quickly find an alternate safe place for her prized possessions — such as your sink, bathtub or toilet bowl. Or if she’s the “gifting” kind of kitty, she may generously and lovingly deposit one of her water-logged toys on top of your head in the middle of the night!