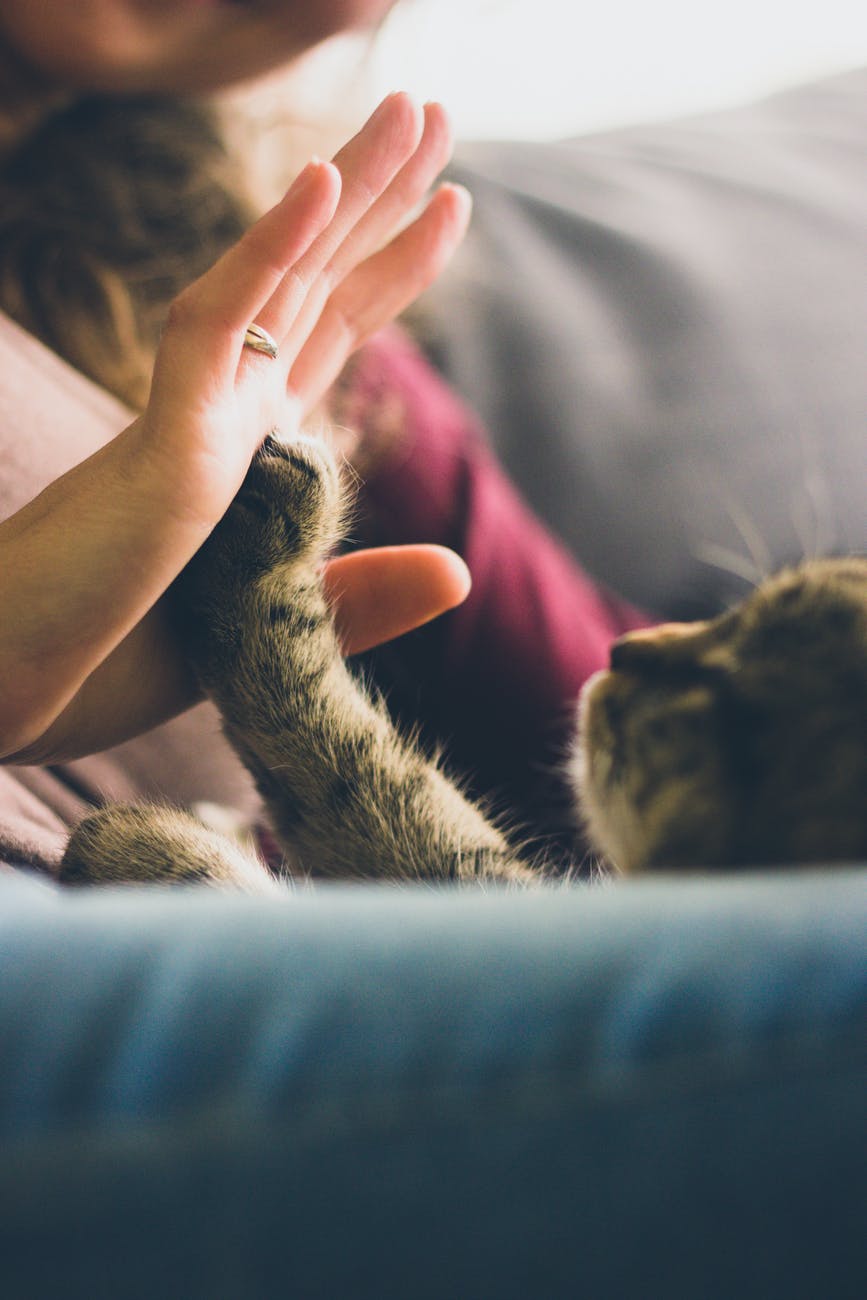 Photo by Snapwire on Pexels.com

Does YOUR cat like being lifted up and held? Does she remain in your arms long enough for it to count as a cuddle? Or does she squirm and wriggle and do all she can to escape your embrace?

According to some veterinary behaviorists, not all cats are created equal – in terms of cuddling. Whereas some cats view cuddles as cozy cushions of comfort, others see them as stifling sources of suffocation.

Most cats enjoy being up high because it affords them a purr-fect ”cat’s eye” view of the world below. But they usually prefer to paw their way to their favorite perch on their own. From a feline perspective, there’s a difference between leaping up onto a kitchen counter, a window ledge or a bookcase and being scooped up from the ground and held by a human. After all, despite their small size, cats ARE descended from large cat royalty, namely the lion, king of beasts, and should be treated with the proper deference and respect.

Some cats equate being picked up and held as a form of restraint even if it’s meant as a demonstration of affection. They might have had negative experiences with actually being physically restrained for such procedures as receiving vaccinations, having their temperature taken or having their nails trimmed. Sometimes all it takes is a single mildly negative experience for cats, especially sensitive ones, to be wary of being restrained from then on.

In fact, cats may interpret their owners’ well-intentioned efforts to hold them as an actual attack. They may perceive being restrained as a sign that they’re now trapped, that something bad is going to happen to them or that they’re about to be killed or eaten. It’s essential to remember that while cats are predators to smaller prey, they themselves are prey to larger predators.

Coupled with this is the fact that being held isn’t a normal form of interaction among cats themselves. They don’t pick each other up and cuddle. Instead, they express their affection by approaching fellow felines politely, then sniffing, licking and rubbing one another.

Some cat breeds LOVE being cuddled, such as Ragdolls and Ragamuffins, who are famous for flopping back comfortably when held by their adoring humans. But because each cat is an individual, not all of these so-called cuddly cats enjoy being cuddled.

Truly caring pet parents are extremely sensitive to their cherished cats’ preference. By forcing affection on their finicky felines, they run the risk of their kitties becoming increasingly more reluctant to interact with them on any level or even worse, becoming aggressive.

From reading your own cat’s signals, then, what kind of cat is she: snuggler or squirmer?