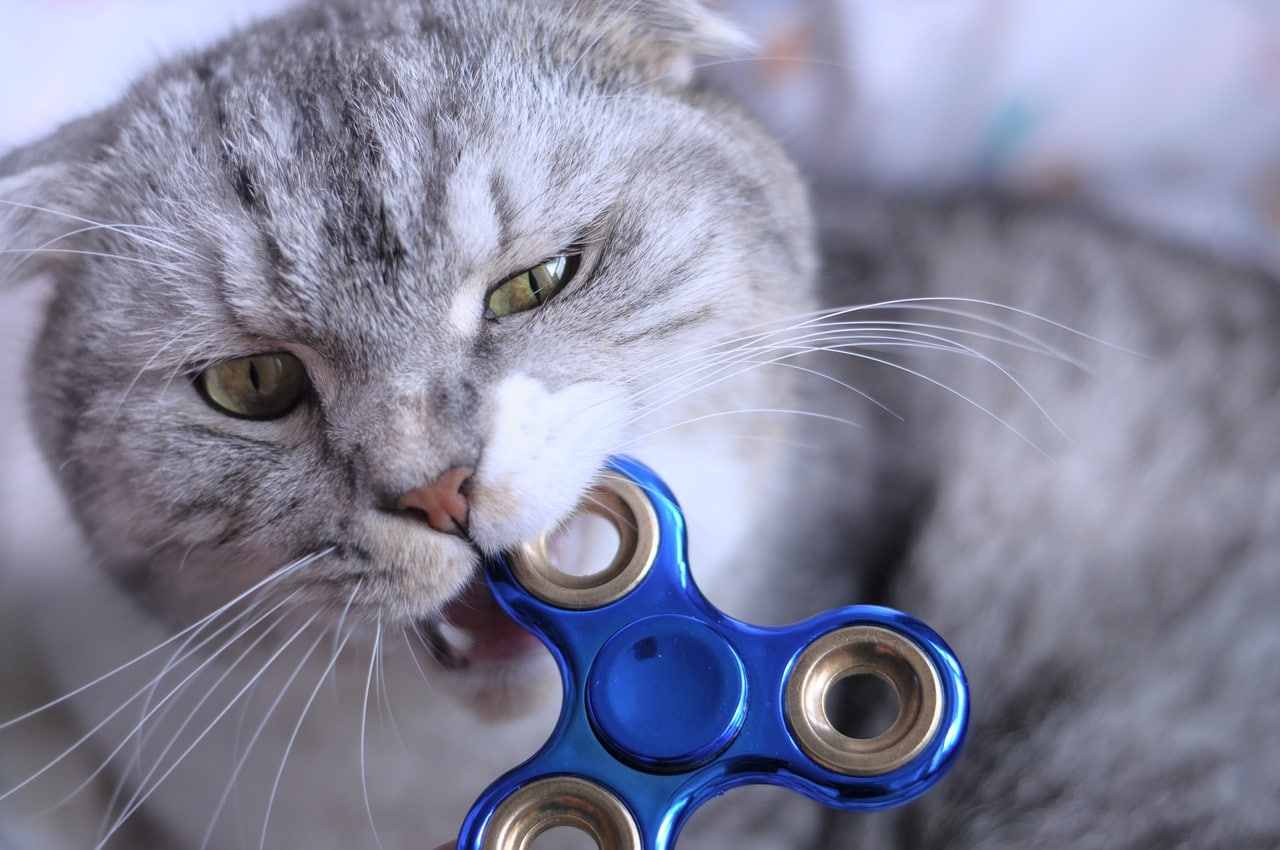 Pica (from the Latin term “magpie”) is the term for a feline’s affinity for eating anything that isn’t FOOD. And although it appears most frequently in young cats, it can affect older cats as well.

Many cats may “nurse” on fuzzy items like wool, fleece and stuffed animals due to being weaned from their mothers too early, while others may “nurse” on their owners’ arms, earlobes or hair instead. But when SUCKING progresses to EATING such items as shoelaces, string, paper, plastic (from grocery bags to shower curtains), elastic bands and electrical cords, then there’s a pussycat problem. And its name is pica.

According to feline specialists, the suspected physical causes of pica include:

Dietary deficiencies: When suffering from anemia, some cats may eat their kitty litter. And while eating SOME grass is normal for cats, eating large quantities of grass or the leaves of houseplants may indicate that something is missing from their diet. (This habit is also dangerous because many houseplants are either poisonous to cats or can cause them severe gastrointestinal upset).

Medical problems: Often associated with FeLV (feline leukemia) and FIV (feline immunodeficiency virus), pica may also be triggered by such conditions as diabetes or brain tumors.

Genetic predisposition: Wool “sucking”, sometimes a precursor to pica, is seen more often in Siamese, Burmese and other “Oriental” cats.

“Compulsive pica”, on the other hand, results from boredom due to a lack of physical and mental stimulation or is used by some cats as an attention-seeking mechanism.

To learn whether YOUR cat is suffering from a medical or mood disorder, begin by visiting your vet. If the source is NOT medical, animal behaviorists suggest the following:

Remove, hide or store the items your cat loves to eat and keep all play areas free of tempting and chewable “clutter.” Consider it a form of constructive housecleaning.

Apply a pungent, non-toxic substance such as Bandguard or Bitter Apple to electrical and power cords to turn them from appealing to UNappealing.

Divert your cat’s need to chew on and swallow dangerous objects by providing safer, more appropriate alternatives such as cat toys with inside pockets to hide tasty, edible treats.

Discard all toxic houseplants (refer to the ASPCA web site) or place a few small pots of grass or catnip on a ledge or other low surfaces for plant-eating cats to nibble on, while carefully monitoring their intake.

Create a consistent routine of active playtime with your cat to remove boredom or loneliness from the equation. Not only is playing together (from using cat wands and feather toys to interactive games and simple tricks) an essential bonding time for you both, but it also keeps your cat mentally stimulated and physically satisfied.

Consider training your cat to wear a harness, then go on walks together.

If possible, build a “catio”, a safe outdoor enclosure where your cat can prowl, sit or curl up in a cat bed while keeping an inquisitive eye on the activities of the world outside.

But if, despite these efforts, your cat continues to eat inedible and indigestible items, consult once again with your vet and ask for the name of a reputable and certified animal behaviorist.