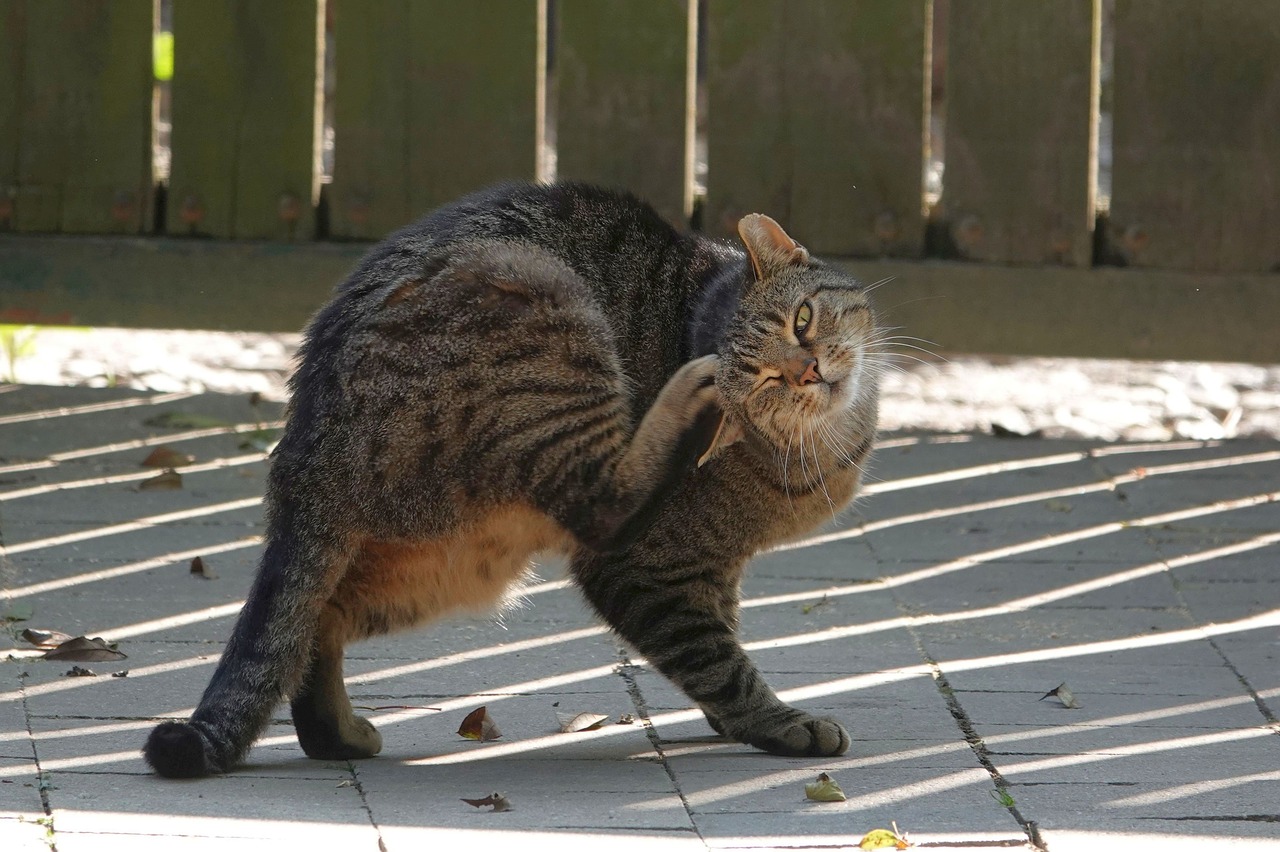 Of the numerous skin disorders discomfiting to your cat and distressing to you, the most common are Feline Alopecia, Eosinophilic granuloma, and Miliary dermatitis.

(1) Alopecia, the technical term for bald spots, causes extreme itchiness and results in affected cats biting at their hair. The reasons behind it range from a hypersensitivity reaction (an “allergy” to fleas, for example), parasites such as lice or mites, and ringworm (a fungus) to a behavioral/psychological disorder that makes frantic felines rip out their own fur.

Because the source of the Alopecia will determine its treatment, cat guardians whose cats are suddenly and intensely scratching themselves in unusual ways should make an immediate appointment with their vet.

(2) Eosinophils are cells that, as part of the immune system, help kill bacteria. But in so doing, inflammation may occur. A granuloma is a swelling that forms when a large number of eosinophils gather in one area to try and kill an infection without fully succeeding. Cats suffering from this disorder will have lesions on their skin and gums, while their skin may also be red, coupled with ulcers or erosions or both. Fortunately, skin and gum lesions are neither itchy nor painful, occur most often in kittens 6 to 12 months of age, and sometimes resolve completely on their own.

Again, a prompt visit to the vet is recommended for both diagnosis and treatment.

(3) Miliary, named after the small, round millet seeds eaten by pet birds, is well named because the lesions caused by this condition are tiny, round bumps. And since dermatitis refers to an inflammation of the skin, cats with this condition have small, red and raised, often crusted, lesions that appear mostly on their backs. The various culprits behind this disorder include lice or mites, an environmental or food sensitivity, a reaction to certain drugs, or even an immune-mediated component where the body recognizes some of its own cells as “foreign” and attacks them.

Once again, since the source of the Miliary dermatitis will determine its treatment, pet parents whose kitties present with these types of lesions should promptly visit their vet.

The earlier these conditions are detected, the sooner the treatment, and the swifter the results. And the first line of defense is the devoted cat owner with a dedicated grooming routine. Even the simplest “once over” – a look and a feel – will alert you to anything unsightly or unusual, making something suspicious easier to diagnose and treat, thereby allowing your precious puss to be as comfortable as paws-ible as quickly as paws-ible.