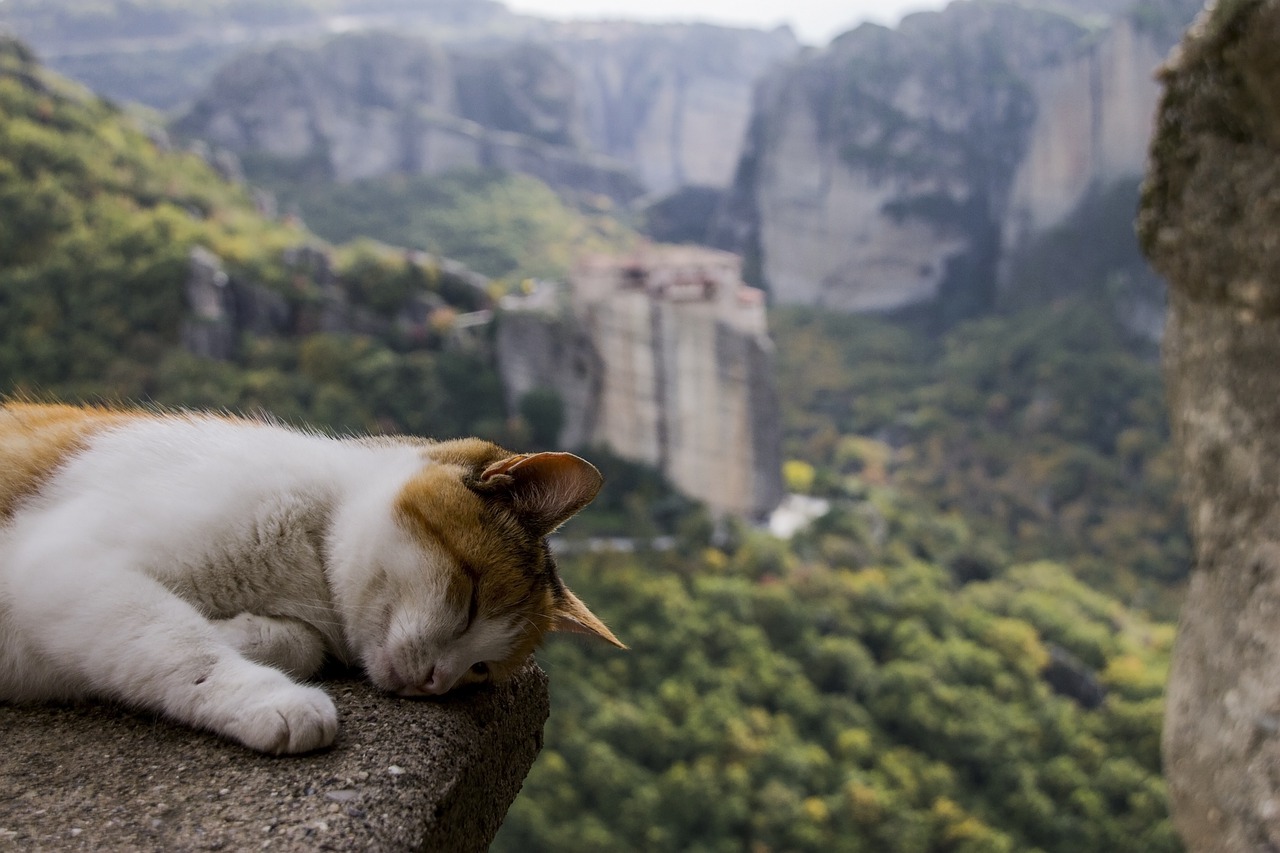 With warmer weather and sunnier skies comes the temptation for both humans and felines to bask in its welcome arrival. And that means windows thrown open and doors left ajar.

But for cat owners living in buildings of two stories and more – beware. Why? Because lurking in the light is a dark threat that’s commonly called High Rise Syndrome.

High Rise Syndrome describes the phenomenon of cats falling from heights greater than two stories (23-30 feet)) and refers as well to the injuries they sustain from just such falls.

Kitties usually find themselves in this predicament after being startled from their perch – whether it’s on a window ledge, a rooftop patio or a fire escape – and when they fall, they often suffer injuries more extensive than mere broken bones, especially from heights between two and seven stories. These injuries include bruising to their heart and lungs, fractures of their lower jaw and the roof of their mouth, swelling of their brain, ruptures of their urinary bladder, internal bleeding, and fractures of their ribs.

Surprisingly, many cats falling from heights that exceed seven stories sustain fewer and less severe injuries, thanks to their flexibility and their ability to right their bodies and relax as they fall. But for those less fortunate felines, the cost of treating severe High Rise Syndrome is high (ranging from $2,000 to $5,000) and the process of their being rehabilitated and restored to health is long and painful. Depending on the severity of their injuries, these poor pets need true intensive care, requiring a lengthy hospital stay that can include anything from supplemental oxygen therapy and temporary feeding tubes to one or more surgical procedures.

Since, according to the axiom, “An ounce of prevention is worth a pound of cure”, there are several, simple ways for responsible cat guardians to stop this scenario before it starts.

Install well-fitting and secure window screens on any windows you intend to leave open.

Whenever possible, open the top section of your windows instead of the bottom.

Close every window before leaving your home and before starting such loud appliances as the vacuum cleaner.

Don’t allow your cat to remain on a balcony unobserved, and never allow her to jump onto the railings.

If you have a patio, move all furniture away from the railings to help keep her from using the back of a chair or the top of a table as a perch.

If, despite your precautions and best intentions, your kitty does fall, bring her to your veterinarian or to the closest emergency clinic immediately for assessment. Because the injuries she may have sustained aren’t likely to be apparent to you, “at home” treatment is NOT an option, and she may be in both shock and extreme pain.

Then, paws crossed, all will be well, and she’ll have another eight lives to live, love and enjoy with you.