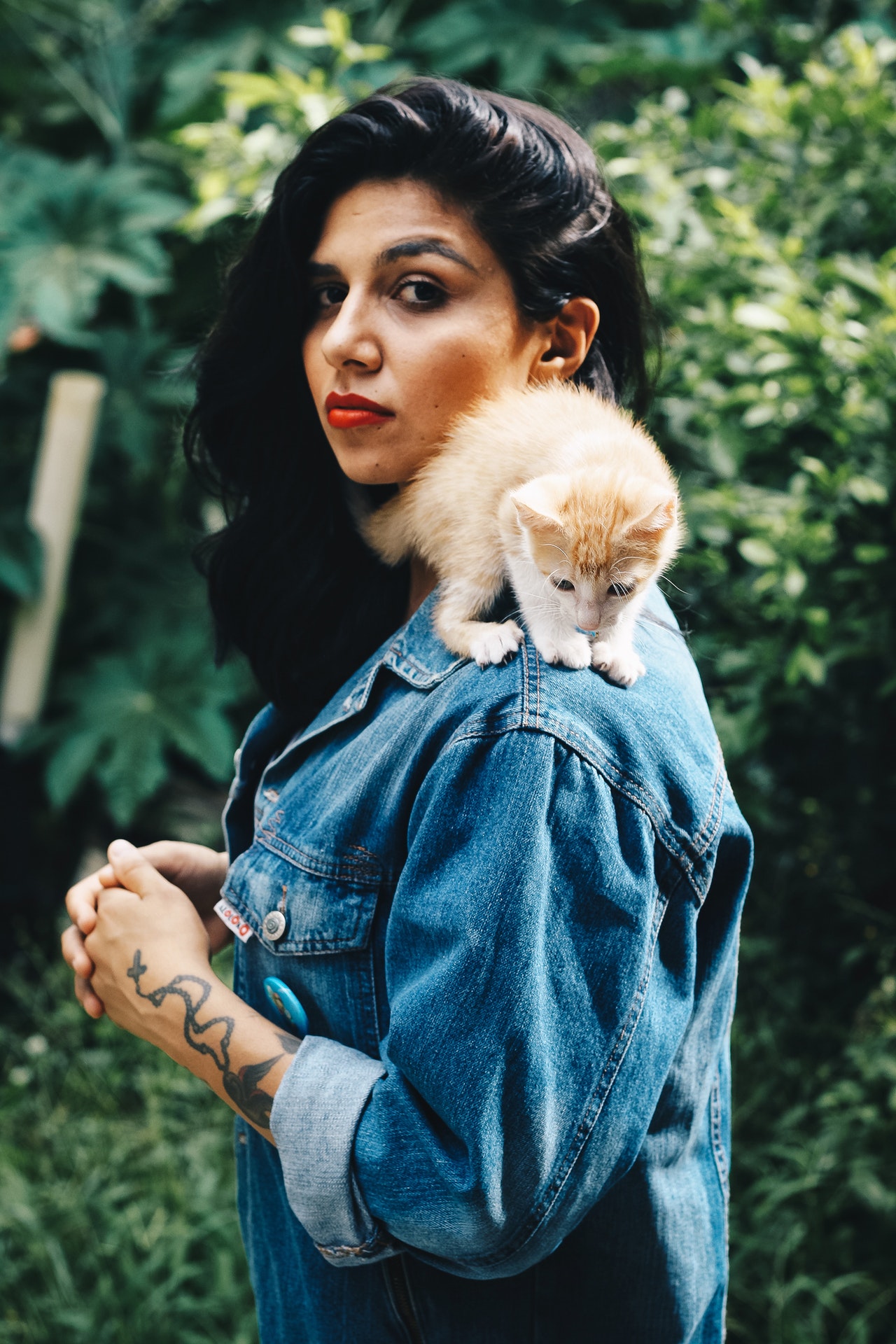 Photo by Matheus Ferrero from Pexels

If you think you have a shadow that looks remarkably like your cat, you’re not the only one. Our cherished kitty companions seem to follow us wherever we go. Have you ever wondered why?

One reason is safety. It’s common for nursing kittens to follow their mothers everywhere, not only learning from them but also feeling safer with them nearby. Attentive owners of adult cats assume the “mothering” role by virtue of feeding them, caring for them, playing with them, cleaning their litter boxes and showering them with affection. For their part, these purr-fectly pampered pets feel protected, provided for and loved. Is it any wonder then that they trail after you – fondly and faithfully – as you move from room to room? And don’t be surprised if they follow you into your bedroom at night. You’re literally and figuratively their security blanket (cats in the wild are especially vulnerable when asleep), and sleeping near you in their cat bed or next to you in your bed assures them that they’re safe.

Another is boredom: Indoor cats are easily bored. Deprived of such instinctual activities as exploring and hunting, they require a highly enriched environment to keep them both mentally stimulated and physically satisfied. Without that, they’ll expect you to fill that void. And what happier substitute could there be than “hunting” you? To remedy the situation, provide your stimulation-starved kitty with food puzzles and toys to challenge her, a tunnel to crawl through, a cat tree to climb and paw-lenty of petting, pampering and playing.

Cats are territorial: Inordinately fond of routine and territorial by nature, one of a cat’s daily activities involves pacing around any area they consider theirs. Why? Pacing releases their scent and spreads it around to both warn and ward off possible “intruders.” If your kitty continually rubs against the furniture or rubs against you, this means she’s on patrol and marking her territory. And so, as you move, footstep by footstep, through the rooms of your house or apartment, she’s likely to follow you, paw step by paw step because she assumes you’re marking your territory as well.

Cats crave playtime: Quality playtime is paramount for cats, particularly when it’s focused on chasing and catching prey. Unlike outdoor cats, free to hunt all day, every day to their hearts’ content, indoor cats must experience their hunting lives vicariously. To release this pent-up energy and drive – while amusing themselves at the same time — some will spend hours perched on a window ledge or atop a cat tree, swatting at the birds and squirrels outside, viewing feline-friendly videos on TV, or gazing, hypnotized, at the fish in a small aquarium. But when presented with the sight of their owners’ moving legs, it’s game on as they “stalk” those tempting objects, even waiting stealthily around corners to launch a surprise “attack.”

Cats love you: Contrary to the belief that cats are aloof and independent, they have, over the years, evolved into more social creatures, growing increasingly dependent on their humans for companionship and care taking, attention and affection. Meow about mutual admiration societies! What more wondrous way for them to show their appreciation, friendship and love than by following us just to be near us?