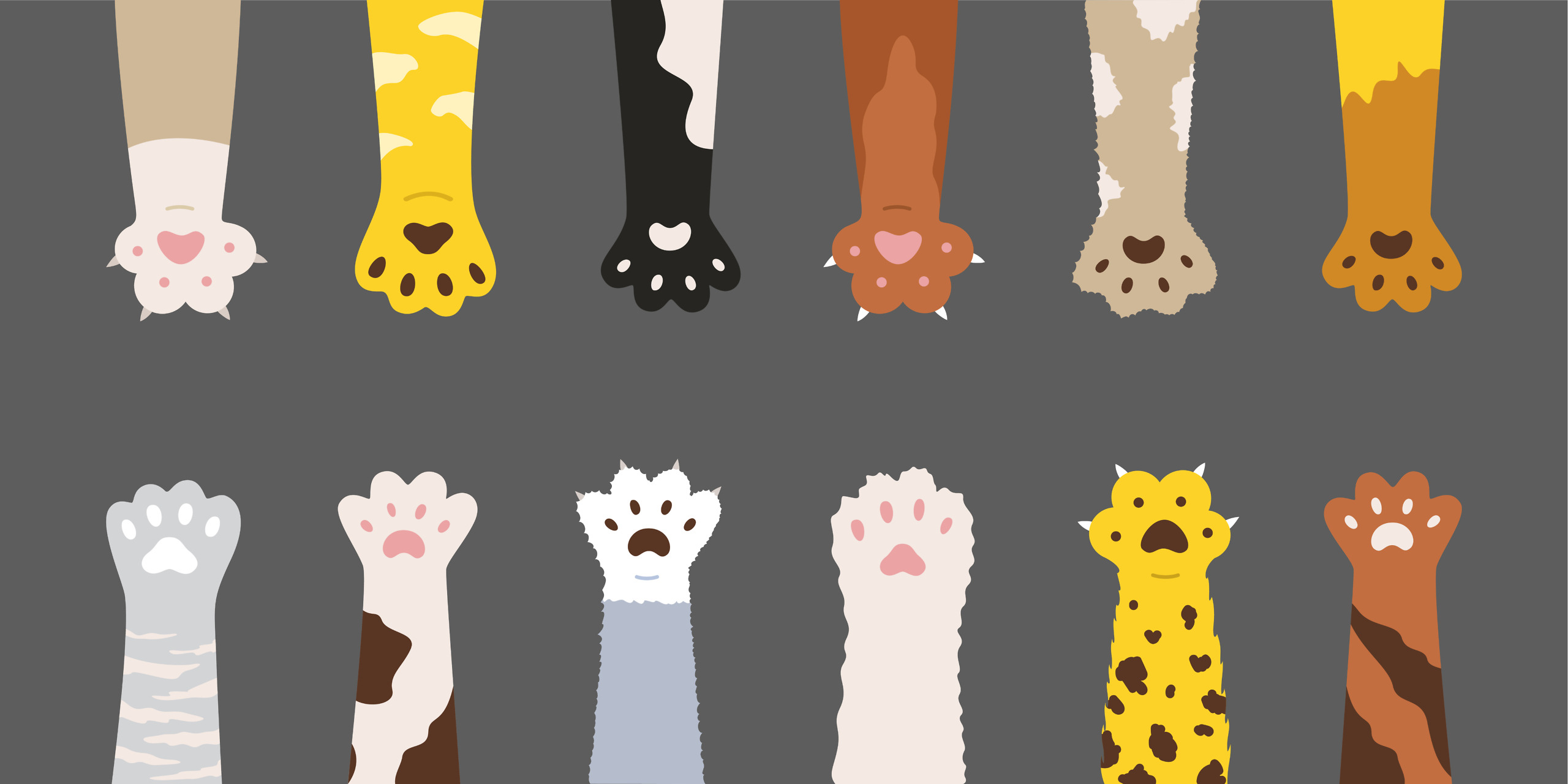 (1) Cats have dominant paws: While studies differ as to what percentage of cats are right, left or ambidextrous, they all show that our feline friends do indeed have paw preferences, particularly when it involves performing difficult tasks. One Irish study even correlated gender with paw dominance, indicating that males prefer using their right paw and females their left. Curious about your own kitty’s paw-reference? Present her with a challenging task such as plucking tasty treats from a hard-to-reach place. For the most accurate reading, repeat this task at least 75 times. Won’t YOUR kitty be paw-leased?

(2) Cats tiptoe: Cats are digitigrades, i.e., they navigate their world on their toes. Why? In the wild, it improves their chances both at survival and at finding food by increasing their speed and lengthening their stride. They’re also much quieter on their toes, making it more difficult for their prey to detect them.

(3) Cat paws are extremely sensitive: Paw pads contain a high concentration of nerve receptors, allowing cats to feel texture, pressure and even vibrations. In the wild, this sensitivity helps them evaluate the energy and proximity of their prey. In domesticated cats, however, this sensitivity makes many of them resistant to having their paws rubbed too often, if at all. The pads are also very sensitive to temperature and pain, and not being insulated, they can be seriously injured on ragged surfaces and hot or frozen pavement.

(4) Cat paws are flexible: Their front paws’ ability to bend and turn inward makes cats admirably adept at climbing trees while remaining stable as they sink their claws into trunks and branches with ease. While ideal for ascending trees, it’s less than ideal for descending them. Since their front claws face in the wrong direction for a head first descent, and because their front legs and paws are weaker than their more muscular hind legs, cats must back down trees instead.

(5) Cat paws are shock absorbers: Their pads act as both sound and shock absorbers, cushioning and softening their landings when cats jump as well as when they tread through rough terrain. In the wild, they assist a hungry cat move and hunt comfortably and silently.

(6) Cat paws are great for grooming: Designed as petit and purr-fect grooming tools, their paws and front legs help cats clean difficult-to-reach areas behind their ears, on their faces and necks and under their chins. This ritual involves licking one of their front paws several times, swiping it across any area they’re unable to lick directly, stopping to lick (thereby moistening) their paw again and repeating the process until every area has been cleaned to their satisfaction.

(7) Cat paws help cats sweat: Since cats sweat from the bottoms of their paws, this highly effective “cooling” system prevents them from overheating on hot days. But scared and stressed out cats also sweat through their paws. Want proof? Check for moist little paw prints on the examining table the next time you take kitty to the vet.

(8) Cats “communicate” through their paws: Whenever cats scratch an object, they’re marking their territory and “transmitting” information about themselves. And thanks to scent glands located between the paw pads on their front and back feet, they’re depositing pheromones containing even more information on those same, scratched surfaces. Some cats will often scratch a specific spot after spraying or urinating.

(9) Cat paws are “color coded”: Paw pads predictably come in colors that either mirror or match the color of a cat’s coat. Examples: Gray cats usually have gray paw pads, orange cats have pink paw pads, while tuxedo cats often sport black spots on theirs. Why? The pigments that make up the fur are the same as those that color the skin.